About us – by Teresa Schultz – half of “The Driftwood People” – Terry and Tony, owners of driftwoodforsale.co.za

Terry and Tony and driftwood in July 2014

Terry and Tony and driftwood in March 2018 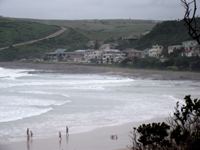 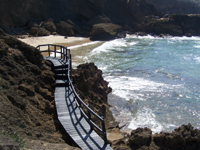 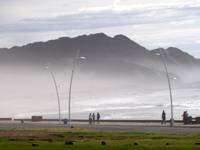 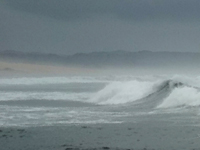 Okay, okay – just kidding about living in a driftwood hut on the beach! But maybe one day we will live on the beach or right next to the beach – wouldn’t that be cool!? Perhaps pretty “cool” in winter – clothed in hooded tops and beanies with sea spray wetting us on windy days while we stumble over loose rocks and trudge through wet soft sand looking for pieces of driftwood – just our kind of adventure.

About us? We love driftwood! Isn’t that all you need to know? 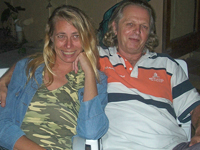 Okay, I guess we could include some of the boring stuff about ourselves,
Teresa Schultz and Tony Flanigan:

I turned 45 in 2014, and Tony turned 54. We’ve been together since late 2007, and started working from home in early 2008. The driftwood venture is fairly new – we only started selling driftwood pieces in June 2014. It is late July 2014 as I write this. We launched this site driftwoodforsale.co.za in late July 2014.

I was born in East London in South Africa, and I have never lived anywhere else. Tony was born in Cape Town, then moved to Bloemfontein, and then to East London.

We currently live in a part of my parents’ home in East London along with my two teenage sons, my parents’ dog and our own two dogs. You can see our two dogs on the warnings page of this site. Tony has a daughter who lives in Durban with her fiance.
UPDATE AUGUST 2017 – My sons are now at university (eldest doing his 2nd year, and youngest doing his 1st year), and Tony and I rent our own little spot now on a farm in East London (since November 2016). We still have the two dogs, and now have two cats too. 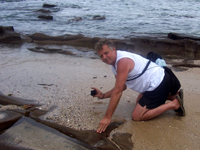 Tony at Kidds Beach in December 2012, getting down low on the sand to take some photographs 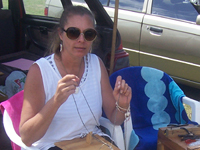 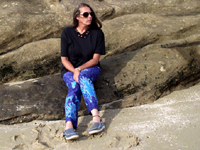 Terry just relaxing on some rocks at Glen Garriff beach in March 2013, just enjoying being at the beach 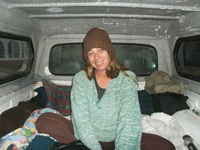 What do we do working from home?
We do a bit of all sorts to make our living working from home – selling driftwood (of course!) and selling some driftwood products that we make, website and Internet related work, a little blogging, a little affiliate marketing, making things (mostly using driftwood, leather offcuts, wood offcuts or natural found items like beach pebbles and sea glass to make our products – so upcycling, as such) and selling these things from our sites , or at local weekend one-day flea markets and craft markets. We also dabble in a little photography and photo editing – all photos on our site are owned by us and taken by us 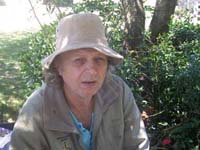 Tony at Tea in The Trees market day in November 2013 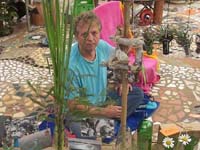 Tony at Eagles Ridge country market in Stutterheim in December 2013 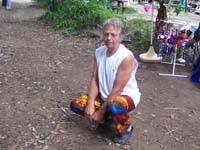 Tony at Yellowwood Forest market in Morgan Bay in December 2013 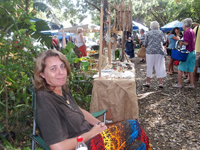 Terry at Yellowwood Forest market in Morgan Bay in April 2014

We both enjoy South Africa, and East London in South Africa, the beach (obviously!), driftwood, sea glass, beach photography, photography – all photos on this site are taken by ourselves -, photo editing, upcycling, self-employment, and coming up with extra income ideas that cost nothing or very little to start. 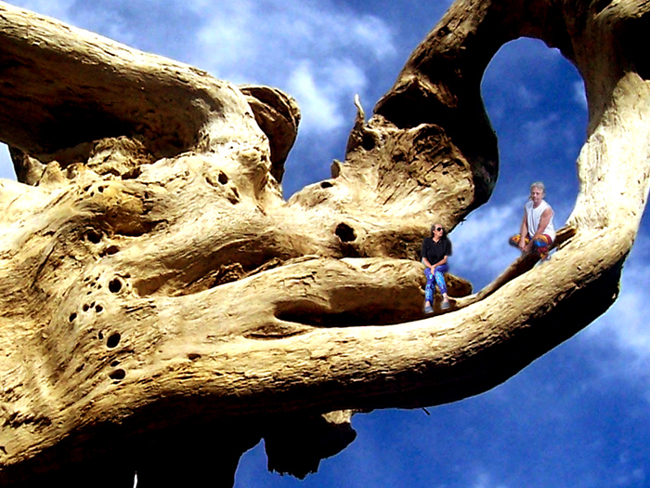 Terry and Tony in a piece of driftwood

We’re also often known as TnT or TanT, and are pretty inseparable.

That’s us, in a piece of driftwood.